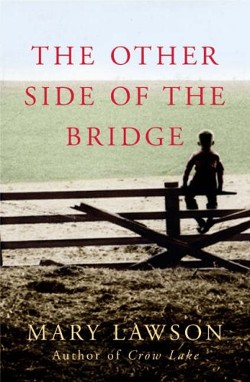 The Beloit Poetry, one of America’s most venerable, famously reads submissions aloud. If they read Geraldine Green’s poems aloud they will think inevitably of e e cummings’ regard for punctuation as impediment. Her very first poem, ‘Me and Janine’, is full of information and yet it tells its story — sings it — without punctuation simply because Green’s mind possesses unerring musicality.

legs swinging and us licking ice creams
on the submarine dock our platform shoes
cool and wonderful and the men whistling
and shouting hey love, gi’e us a lick!

She thinks musically whereas some poets translate their thoughts into music. The difference shows up again and again in this remarkable, stylistically diverse collection, The Other Side Of The Bridge.

Place and placement play a major role in her poetry. Barrow-in-Furness in Cumbria is where it begins, at the Vickers shipyards. That’s one of her places, placement being a term of art.

There is in Green’s manuscript a tension between belonging and unbelonging, and perhaps between longing to belong and a quiet celebration of the edge that unbelonging provides our observations. This tension gives her work a currency, an immediacy that casts into sharp relief one of the central issues of our time — the clash of immigrants with nativism, the quest of newcomers for identity, and the embittered and embittering insistence of some that the culture belongs to them and only them.

It is the predicament of the Irish in England, the Arabs in France, the Turks in Germany, the Hispanics in the United States. But it is also the far more subtle predicament of the person, native or not, whatever that means, who insists on seeing the elephant in the room, the person who cannot bring himself to play the consensual game. In this light, we are all immigrants making our various adjustments, and ultimately the beauty of Green’s book rests on the reader’s recognition that the business of belonging makes outsiders and is therefore a deadly business.

Over There Was Grandma’s House

When we get to ‘Over There Was Grandma’s House’ we begin to settle down for the voyage, not away from Cumbria but into the interiority of placeness. It’s a handsome, elegiac poem; not meant to be rushed by. There is a reason the French poet René Char was dead set against setting poetry to music; poetry has its own logic, its own wind and leaves in the wind. Setting it to music is like pouring tomato sauce on an exquisite dish. Each poet’s breath and heartbeat has a different sound, and this particular poem strikes me as coming from one who has closely observed and admires the sea, its long strophes, its chop, its changes. I think perhaps Green even emulates the sea.

Some poems we admire for their pristine virtues, even their Spartan meanness, and while Green’s more lyrical poems are often lean and spare, they never push one away; I have often been pushed away from a poem I admire.

Green’s is the poetry of rootedness, and yet there is a hint of the young girl who keeps glancing in store windows to make sure that she’s still there, that she looks as she thought she looks and is where she thought she was. I suspect everything she writes henceforth will rest on these pillars, these recognitions, these profane recollections shot through with sacred epiphany.